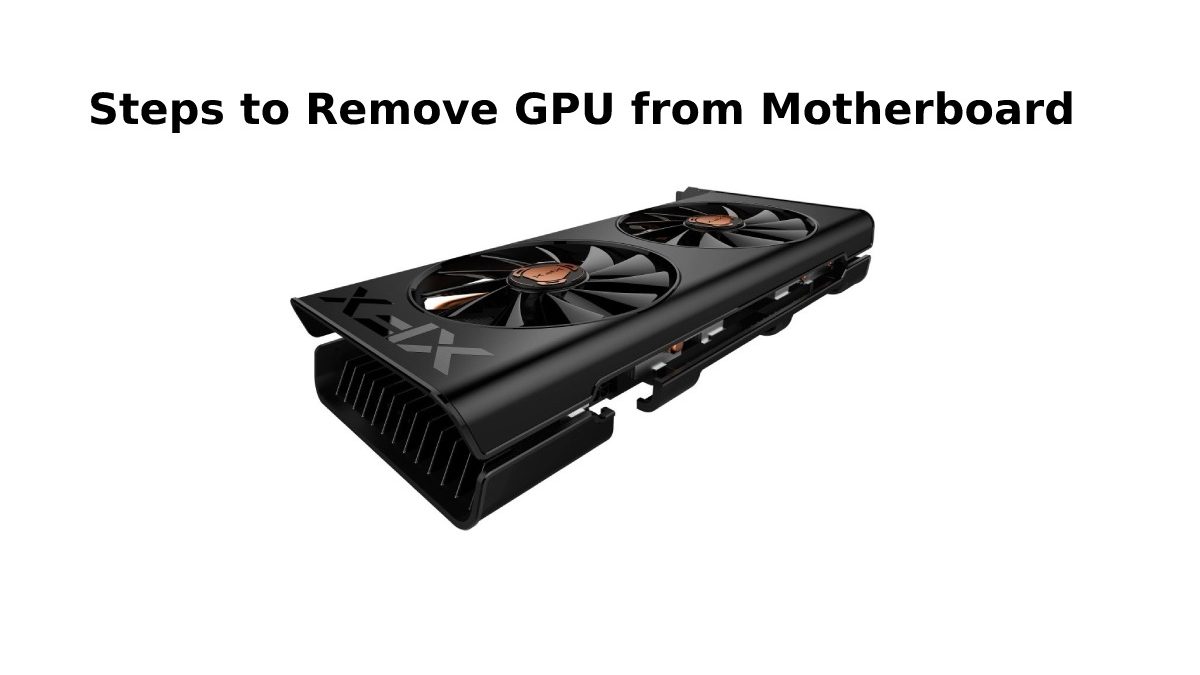 Steps to Remove GPU from Motherboard

Steps to Remove GPU from Motherboard – GPU refers to the Graphics Processor unit, and it means a programmable processing unit responsible for graphics manipulation and output. Most of the laptops come with integrated graphics that is, the GPU is permanently attached to the motherboard. Hence it is not removable. This is not the case with desktop PCs.

There are many reasons why removing a GPU card from the motherboard is necessitated. It could be for:

Steps to Remove the GPU from the Motherboard

So while the process to remove the graphics card from the motherboard is pretty simple, it should be done with utmost care. As the computer parts are delicate, even slight damage may make the computer part completely useless.

It is best to quickly explain how to install a new GPU into the PC for good order’s sake. Before that, it is best to check the power supply (PSU) in order to ensure that it can handle a dedicated or more powerful GPU. Going for a 500W-certified PSU of a reputable brand or a 600W + model for overclocked configurations is suggested.

Once the above steps are completed, plug in the display connectors to the rear of the case and put the power on, and boot up Windows.

Sometimes the PC might not turn on. If so, double-check if all the cables are connected properly and correctly, and also if the GPU is seated in the PCIe slot securely.

If you use the GPU for intensive workloads like gaming, install new drivers so that the windows and software can communicate with the card effectively.

As seen from the above article, removing the graphics card is not a daunting task.   The main process involves the PCIe slot on the motherboard. Most GPUs are connected to the PC via the PCIe slot. Since the motherboard may have more than one slot, it is best to use the first (x16) slot. This has the most bandwidth available compared to the x4 slot, which is shorter. The other slots can be used for wi-fi cards, expansion cards, or even additional GPUs.

Sometimes removing an old GPU from the motherboard and installing a newer and more powerful GPU can make a lot of difference, especially in gaming PCs. However, as seen from the above, you can remove your GPU with just the right amount of tools and a few minutes to spare. But it needs to be done with the utmost care.

How to Use Binance Trailing Stop Loss Orders

How to Design a Label for Your Products

What is Tron? – Invented, Developing, and More

What is Elrond? – Definition, Different, and More