NFT and blockchain games are the new sensations in the crypto market. With many non-gamers investing in NFT games, it becomes crucial to understand the mechanics of these games.
Let’s start by understanding what an NFT is and how NFT games work.

NFT stands for Non-Fungible Token, which is a unique crypto token that is part of the blockchain.

NFTs have been around for a few years and have seen a variety of successful applications, including digital artwork collection and even ownership of tangible assets such as land.

Furthermore, NFTs have solved the theoretical problem of creating and sharing non-copyable digital assets that remain the owner’s property. The properties of NFTs are not fungible and cannot be replaced by other NFTs.

How Do NFT and Blockchain Games Work?

For example, NFT and blockchain games can represent NFT through game characters and other digital assets. Likewise, digital items that can be found during gameplay will also be able to represent NFTs. Players can compile these digital assets to trade them with other players or resell them for a profit.

Following are the top NFT and blockchain games in 2022:

Wizardia is one of the best NFT and blockchain games in 2022. The game facilitates multiplayer matches in PvP battles hosted in its metaverse. Moreover, there is also the option to fight in a PvE game environment.

Wizardia has partnered with TrustSwap to facilitate NFT functionality. Although the game is not free, and players must purchase NFTs to get the most out of it, the expected benefits are worth it.

Early investors reported gains of up to 76.80% APY from cryptocurrency staking. Also, the game is not yet fully released in Q4 2022. But the alpha version of Battle Arena will be released in Q3 2022. 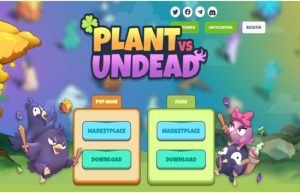 Plant vs Undead is a free-to-play blockchain-based multiplayer game. The game features undead animals attempting to destroy mother trees on a planet hit by meteorites.

The game is powered by its tokens known as PVU. In addition, players must manage the in-game currency known as Light Energy (LE). These LEs, however, can be exchanged for PVUs. 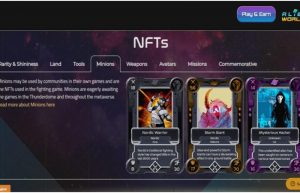 Alien Worlds is one of the best NFT and blockchain games. The game is regulated by its blockchain-based game currency called Trilium (TLM).

Alien Worlds game asks players to mine planets to find resources while exploring the galaxy. These resources come in the form of NFTs.

The game is paid. This means that players need to purchase NFTs to get started.

NFT gaming and blockchain are paving the way for a new future of fused gaming and finance. Plus, these games can be a worthwhile investment if done right.

Get ready to invest in NFT and blockchain games.