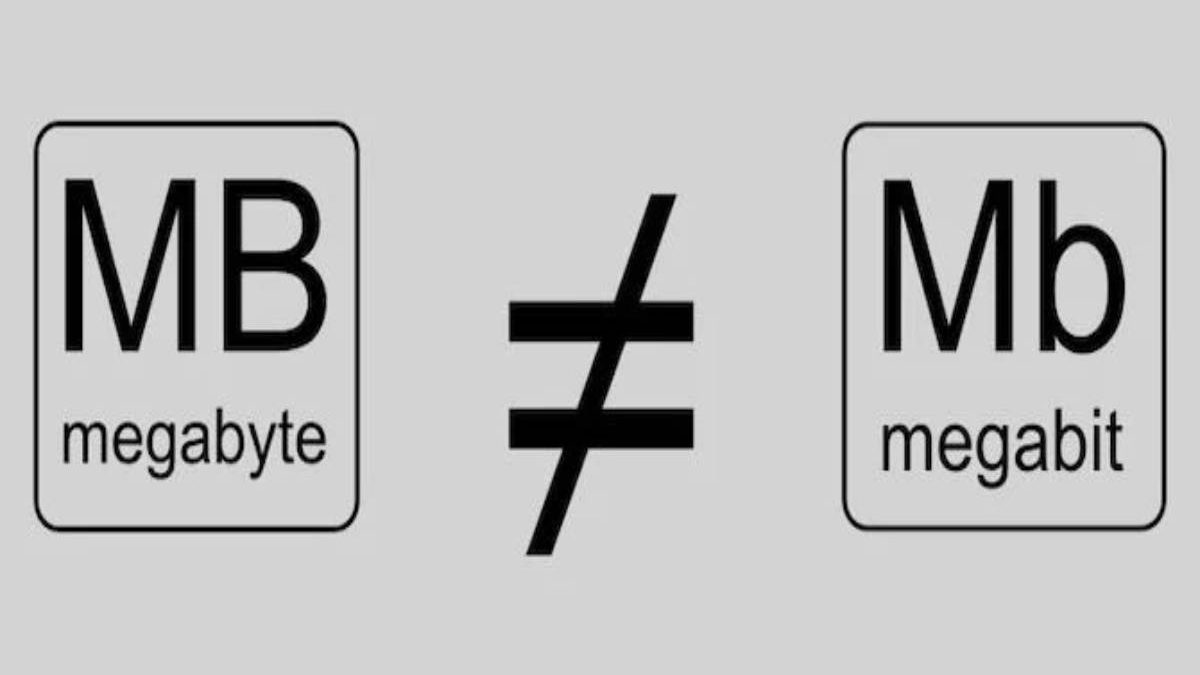 And both of these incompatible systems are correct, and it’s a matter of clearly communicating which one you are using in the current calculation.

Our Mbit to MB converter supports both with the flip of the switch. In the SI system, the binary megabyte is called the mebibyte (MiB).

What is the Difference between Mbit and MB?

The Mbit and the MB, while both units of data usually use to measure different things. Mbits generally use to denote connection capacity (bandwidth).

While MegaBytes are used for data storage on disk or memory. It also represents different quantities of data.

And Megabytes describe file size and directory size on a storage medium such as a hard disk, SSD, CD/DVD, USB stick, or portable drive.

And computer operating memory (RAM) also express in MB or derivative metrics such as GB.

How to convert MegaBits to MegaBytes?

Converting from Mbits to MBs is not straightforward with the binary system – you need to divide the number of bits by 8.388608 to arrive at the number of MB. It is easier in the SI standard, where you divide by 8.

Another approach, if you did not want to use the bit-to-MB converter above, is to convert one of the units to bits, then convert it from bits to the other unit.

Review What is the Difference Between Megabits and Megabytes. Cancel reply